I wanted to write a short blog post on what my idea is going to entail, the reason behind why I am going to continue with this specific idea as my focus point and what I want to show through my pictures.

I really love the idea of being able to show how interesting somewhere or something can be after it has been left for many many years, i think that showing places that people haven’t thought about for years will be really interesting as there are so many places all over the U.K. and the world that have not been looked at or places that people do not realise are even there. I really want to explore these places and see if I am able to capture the beauty that still lives within them, that’s why I have decided to focus on building and objects that have been abandoned. 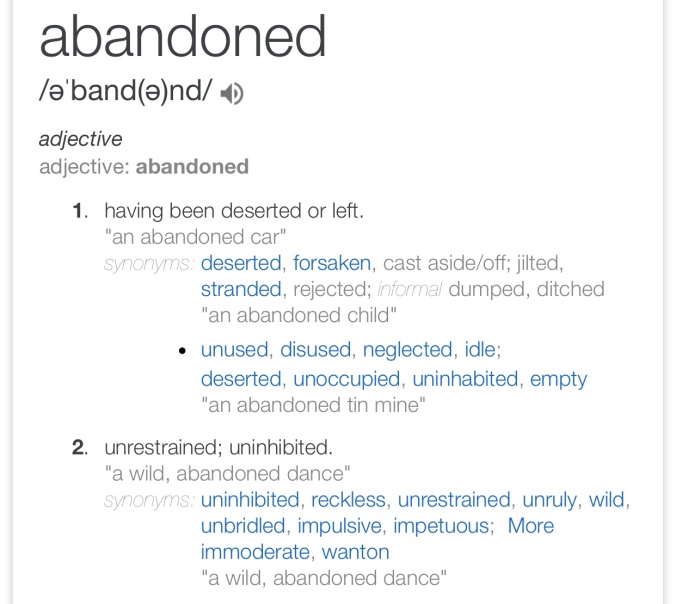 I am going to be focusing on the word abandoned a lot as it is the best way to describe such things, some of the things I take photographs of may not have been left for many years or may have just been forgotten about but all in all they have still been abandoned by the person who used to have so much interest in them, I want to be able to show my audience the interesting parts of these places and show what is still left of them.

I am going to take a lot of time to go around my home town (Hereford) and look at different abandoned buildings as where I live there are lots of them, some that have just been left and some that have fallen apart around the owners. I am also going to look at objects or vehicles that are abandoned as these are really interesting and give a different style to my photo book as it will not just be about the buildings that have become derelict and have been left to then be forgotten.

Throughout my pictures that I take I want to be able to show people that these places still have stories to tell even though no one has bothered to listen to the stories for a long time. I want to take time to show many different places/things in a way that people would not look at them now, showing my audience that even though the subject has been left for years. I really want to be able to have people look at my images and see a deeper meaning behind each one, as each one will show you a different part of the story and what was left, it also can give the fire a wide imagination of what could of happened to the owners, where did they go? What made them leave? Was it an accident or did they deliberately leave this here? I love that pictures like this give the audience such a wide way of looking at each image, practically creating their own story behind them and giving them a Vance to really see what could of happened for things and places to be left as quickly as they were!